Bedford become the first black attorney appointed as a municipal judge in Dallas in 1966. Bedford was also the fourth black lawyer to join the Dallas Bar Association in 1968 and was elected to the DBA's board of directors in 1984.

Judge Bedford's name now engraved upon the list of patron at Belo Mansion, home of the Dallas Bar Association. 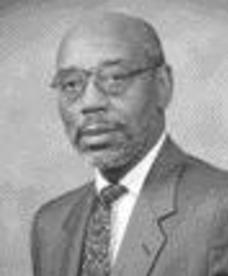 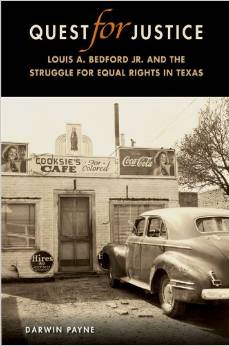 Quest for Justice: Louis A. Bedford Jr. and the Struggle for Equal Rights in Texas Hardcover – May 28, 2009 by  Darwin Payne (Author)

This is not only a carefully told and well-documented story about Louis A. Bedford Jr. and his many accomplishments in jurisprudence and public affairs, but also a study of how a local community struggled with race relations before the Supreme Court's opinion in Brown v. Board of Education 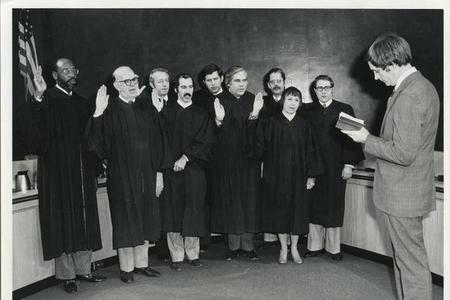 A Man for All Seasons A Son, Husband, Father, Friend, Attorney/Judge, Community Leader, Dedicated Man of the Church, and Mentor. Louis A. Bedford Jr. was a simple man, who like a tree stretched out his arms as branches to help others reach their goals. He planted strong roots as a foundation for his family and the legal community. He provided shade for those who needed rest along the journey. Louis Arthur Bedford, Jr. was born to Callie Rodgers Bedford and Louis A. Bedford, Sr. on January 23, 1926 in Dallas, Texas. He completed his early education upon graduating from Booker T. Washington High School. Encouraged by his parents, he continued his education at Prairie View A&M University, completing his studies in 1946. Segregation made it impossible for him to pursue a legal education in Texas. His goal to become a lawyer took him to New York, where he earned his law degree from Brooklyn Law School in 1950. Upon graduation, he returned to Dallas. Louis Bedford was admitted into the State Bar of Texas as a licensed attorney in 1951. He was also granted licensure with the U.S. District Court Northern District of Texas (1954), the U.S. Court of Appeals-Fifth Circuit (1956) and the Supreme Court of the United States of America (1979). In 1954, he worked beside Attorney Thurgood Marshall, the then top NAACP staff attorney during the first desegregation case to take place in Dallas. He, along with attorneys W. J. Durham and C. B. Bunkley, defended Wiley and Bishop College students arrested while participating in sit-ins. He also served as legal counsel on a case to declare "separate but equal" unconstitutional in Dallas public schools. Louis Bedford became the first Black judge to serve in Dallas County, serving from 1966 to 1980. In 1978, President Jimmy Carter appointed him to the Commission for Nominating Federal Circuit Court Judges for the Fifth Circuit. Outside of the courtroom, he was a community servant. In 1952, Louis Bedford co-founded the J. L. Turner Legal Society, an affiliate of the National Bar Association specifically designed to nurture African American attorneys. He served on several boards and was a member of numerous social, civic and professional organizations. He was a past member of the Board of Directors for the Dallas Bar Association and the Southwest Legal Bar Association. His memberships included Fellows-Dallas Bar Association and Fellows-Texas Bar Association. In his childhood, he joined New Hope Baptist Church where he was a faithful member until his death. He was also a life member of Omega Psi Phi Fraternity, Inc. He co-founded Black Dallas Remembered, an organization that documents and chronicles the past and present achievements of Blacks in Dallas. He was the recipient of many awards. He was most proud of the Gertrude E. Rush Award - National Bar Association, the Justinian Award - Dallas Bar Association and the Dallas Bar Association Morris Harrell Professionalism Award. In 1989, he was one of 12 honorees selected for the "Gallery of Greats: Black Attorneys Counselors for the Cause," a collection of oil portraits commissioned by the Miller Brewing Company. The collection honoring Black attorneys toured the nation throughout 1989. In 2009, the Dallas Bar Association commissioned Quest for Justice: Louis A. Bedford, Jr. and the Struggle for Equal Rights in Texas, a biography by Darwin Payne. In 1958, he married Velma R. Bates of Dallas. They were married fifty-two years until her death in 2010. He leaves his three children to cherish his memory: Diane Bedford Webster (John) of New York, Louis A. Bedford III, and Angela Bedford Walker (Alfred) of Dallas. Those left to continue his legacy; six grandchildren: Nicole Andrade (Selveno), Simone Webster, all of New York, Louis A. IV, Darcy, Azaria and Alfred II, all of Dallas. He leaves a host of other relatives and friends, including Joye Fridia Hamilton (niece), Mansell and Janis Fridia (nephew and niece) and the entire Bates Family. -