Thank you to our 2014 judges and contestants pictured here 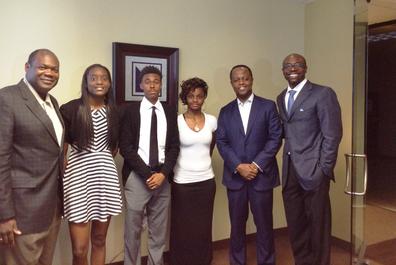 While the NBA will have a 2015 national oratorical competition which will take place in LA in July 2015, there will be a local DFW contest too sponsored by the Foundation and JLTLA in May 2015.

For more information on a local DFW contest to be posted after April 20, 2015.

The topics of the Competition are always considered from the point of view of Dr. Martin Luther King, Jr., and have included:

Law enforcement treatment of persons of Arab descent and of the Muslim faith in terrorist investigations.

The need for reauthorization of the Voting Rights Act of 1965.

Recommendations for action on the 40th Anniversary of the Voting Rights Act to address the continuing problem of voter disenfranchisement in minority communities.

The treatment of juveniles in the criminal justice system.

The right of same-sex couples to marry.

Repealing of Stand Your Ground Laws.

MLK I have a Dream Contest

For More Information on the NBA's Competition, click here

The JLTLA Foundation underwrites prizes for the Local DFW

While any local competition is administered by the JLTLA, in select years, the JLTLA Foundation has separately underwritten its own local prizes to spur participation by local Dallas high school students in the National Bar Association's MLK I Have a Dream Oral Advocacy and Writing Competition.

The Foundation's goals are:

1.  To increase participation from the Dallas area in the NBA event by providing an incentive to submit.

2.  To provide an opportunity for DFW students to deliver their oration prior to regional and national competitions and receive helpful feedback.

3.  To provide some financial support for travel to the regional convention, if it's held outside of the DFW area

A prize is awarded to the winner of the Foundation's competition.   The Foundation thanks AT&T for its generous support underwriting the local competition through 2016.

To participate in the local MLK contest, students must submit also their essay to the NBA by its deadline (usually the end of March or early April) and also submit a copy to the Foundation.

In March 2014, The U.S. Department of Education released a survey of civil rights data showing that despite comprising only 18 percent of preschool children, African-Americans represented 42 percent of preschoolers suspended and nearly half of those preschoolers were suspended more than once.  Some argue that these students are funneled into the “pre-school to prison” pipeline.

Please discuss why or why not. 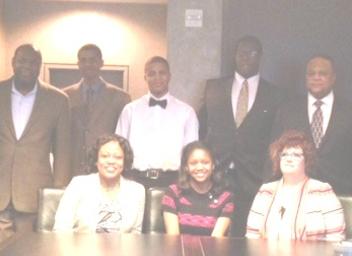